The number one priority at Eastern Termite and Pest Control is protecting our employees and customers. We are closely monitoring the current coronavirus (COVID-19) outbreak, and our top priority is keeping our employees and customers safe. In addition to following the guidance of the Centers for Disease Control and Prevention (CDC) and the World Health Organization (WHO), our technicians are wearing the proper protective masks and gloves, and can safely treat your pest control needs.

Think you have carpenter ants?

Any large, dull black ant seen in New Jersey is likely to be a carpenter ant. The largest ant species in the U.S., black carpenter ants are ¼ to ½ inch long. 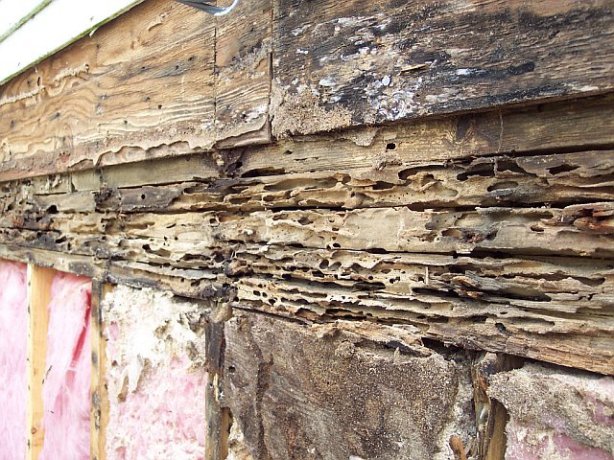 What Are Carpenter Ants?

These ants are named for their ability to carve large nesting galleries out of wood, leaving hollow tunnels and spaces that threaten the structural integrity of buildings and wooden structures and can eventually cause their collapse. Unlike termites, carpenter ants do not ingest wood. They tunnel into soft, water-damaged wood to create transportation corridors and larger galleries in which to build their nests; however, they will tunnel into healthy wood to expend their nests.

Where do Carpenter Ants Live? 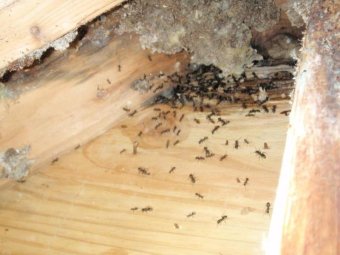 Like Termites, carpenter ants live in large social colonies governed by strict caste systems that can number in the tens of thousands. Primarily night foragers, carpenter ants lay down pheromone trails to guide workers to new nesting sites and food and water resources. Carpenter ants may forage over an area the size of a football field. Then enter homes through door and window frames, along plumbing and utility lines and over landscape bridges formed by tree limbs and overgrown shrubs.

What Do Carpenter Ants Eat? 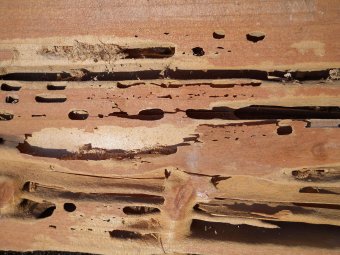 Omnivores and adept scavengers, carpenter ants will eat nearly anything humans eat but primarily feed on sweets, particularly aphid honeydew, and proteins, including other insects and their own dead. From March through May, established carpenter ant colonies produce flying swarmers. The mated pairs fly off to begin new colonies. Because carpenter ants require constant water access to survive, they are drawn to damp, decaying wood. Outdoors carpenter ants nest in damaged trees, favoring maples and oaks, old stumps and wood piles. Satellite colonies may more indoors into high moisture areas such as damp wall cavities, under water-damaged roofs and inside porch pillars or window sills. Their presence is often discovered by the telltale piles of sawdust-like byproduct these ants deposit during tunneling. The original parent colony is usually located outdoors with multiple satellite colonies in the vicinity. To effectively eliminate carpenter ants and halt the structural damage they cause, the entire colony and all its satellites must be exterminated.

Guard your home against termites and carpenter ants to protect the value of your home.

Protect Your Home From Carpenter Bees!